Learn to Use the tmux Terminal Multiplexer on Oracle Linux

Upon completion of this Lab you will be able to:

What do you need?

Install the tmux package on your instance by using the package manager, as follows:

Start and connect to a tmux session

Note: tmux sessions are not preserved between reboots, so they are best suited for persistent remote servers.

The tmux command rearranges your terminal window, with a green band running along the bottom that lists the currently active panes. By default, sessions and panes are ordered numerically, according to dynamically assigned ID numbers that count upwards from zero.

All tmux sessions are hosted in a background service, so that means you can reconnect to them if your connection times out, or if your user account has previously logged off.

You can run tmux ls from inside or outside tmux to verify which sessions are available for you to reopen.

Note: You cannot create nested tmux sessions by default, so always ensure that you have detached from your current tmux session before attempting to create or connect to any other tmux sessions. 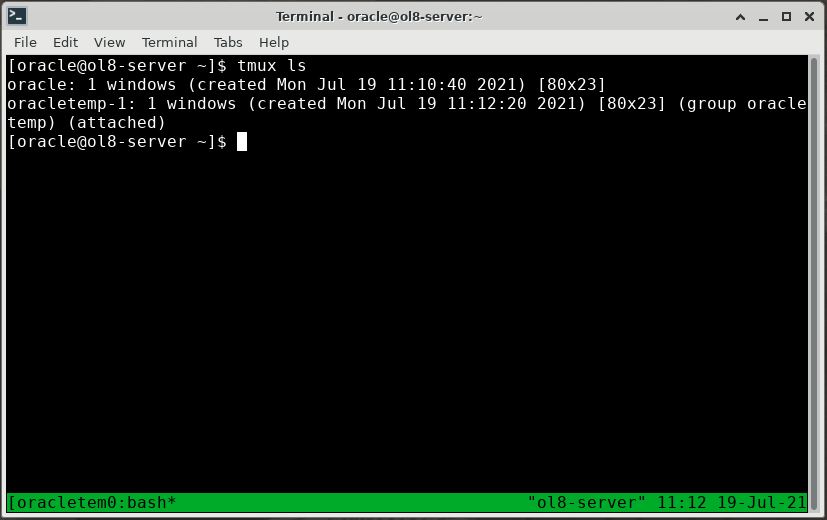 Terminal window panes behave much like web browser tabs, where you can create, delete, and switch between them. Unlike a web browser, you must use keyboard shortcuts to perform those actions. 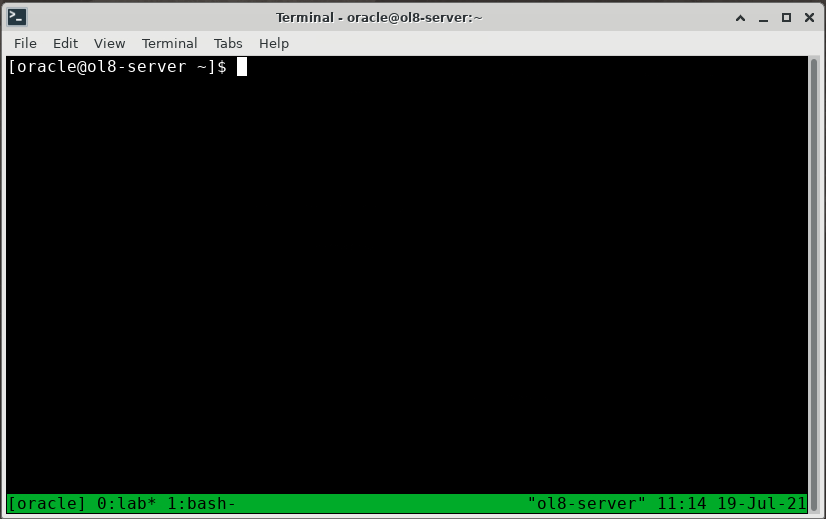 You can split the current terminal window pane to suit your workflow. For example, you could input commands on one half of the terminal pane, and review the output for those commands on the other half.

Reconnect to a tmux session over SSH